Edit
watch 01:36
We're Getting Mutants in the MCU - The Loop
Do you like this video?
Play Sound

Over the years of development of Gigantic, every creature family was planned to have 4 (or 3) types of creatures (with exception of Ancient Obelisk).

Bellow are presented known creatures that didn't make into the game before its final update (all information is gathered from game's files, leaks and official posts from developers).

Third type of Drakes that supposedly was ready to be released and was mentioned in game's files with lore and abilities descriptions, early thumbnail render and an icon. In March 2018 modeler and concept artist Katy Hargrove posted its model, titled “Dessert Dragon”, mentioning Vinod Rams as creature's concept artist.[1] 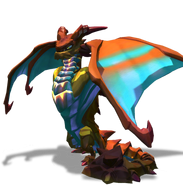 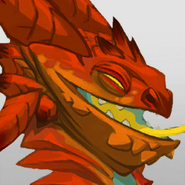 There are at least 2 planned types of Infernals (the only and one released so far is Crimson Infernal), but no information about their abilities is available. 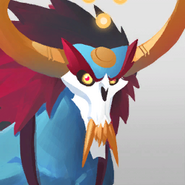 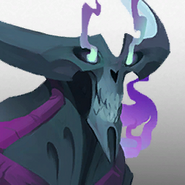 This creature is supposedly didn't make even into Alpha phase or exists only in core test builds. However, actual game contains its (draft, if not prototype) model and a ‘family’ icon.